Making the most of the UK; a weekend hiking, running and swimming Snowdon 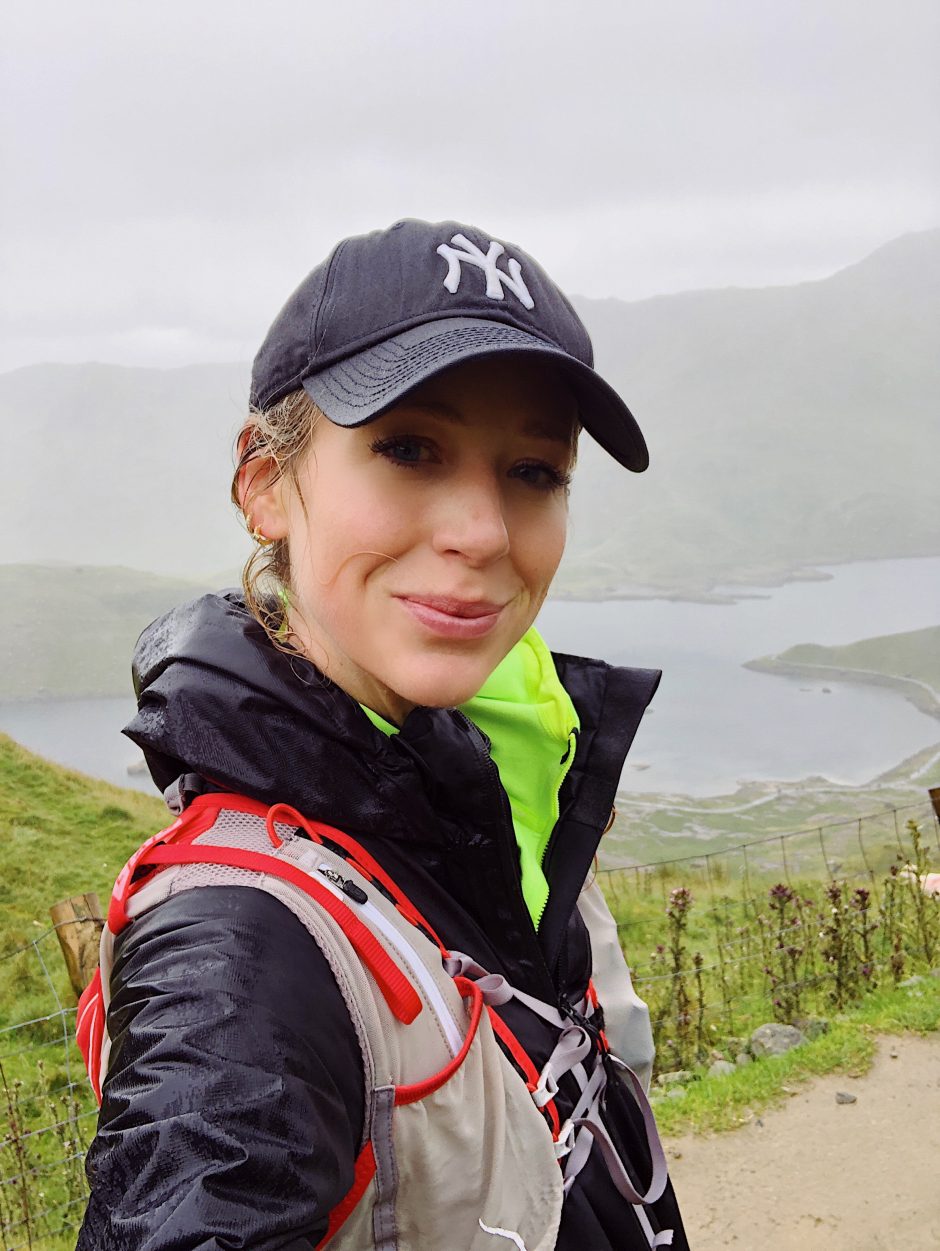 Sometimes the best things in life are right under your nose and you don’t even know it.

I’ll be the first to admit that I can be quick to hop on a plane in hot pursuit of heat and sunshine. Sometimes a SOS to the sun is needed for my soul as well as my skin and sometimes I just want to be far away from the routine of every day. I want to immerse myself in a different world with different sights, smells, experiences, people and perceptions along with the higher temperatures. Yet, I think that in the past this has come at the expense of neglecting to make the most of the diversity and natural beauty of the United Kingdom. (And having said all this about chasing sunshine the UK recently smashed all its previous records with soaring temperatures reaching 38 degrees C!! So perhaps England is where the sun’s at now?!)

After a hectic but still very rewarding start to the year travelling a lot I told myself that this summer I’d keep my feet on the ground (no planes) and set foot in more local but still unfamiliar fields. Snowdon was the first stop. 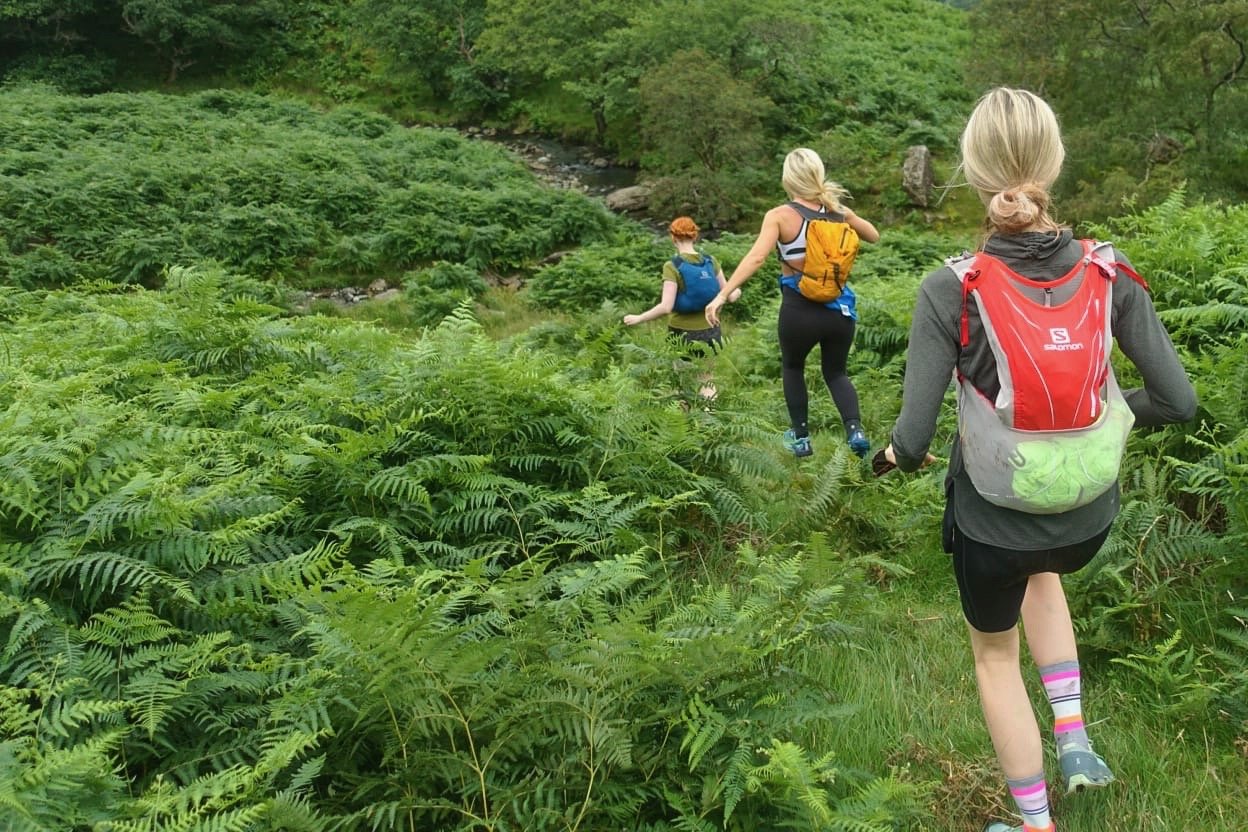 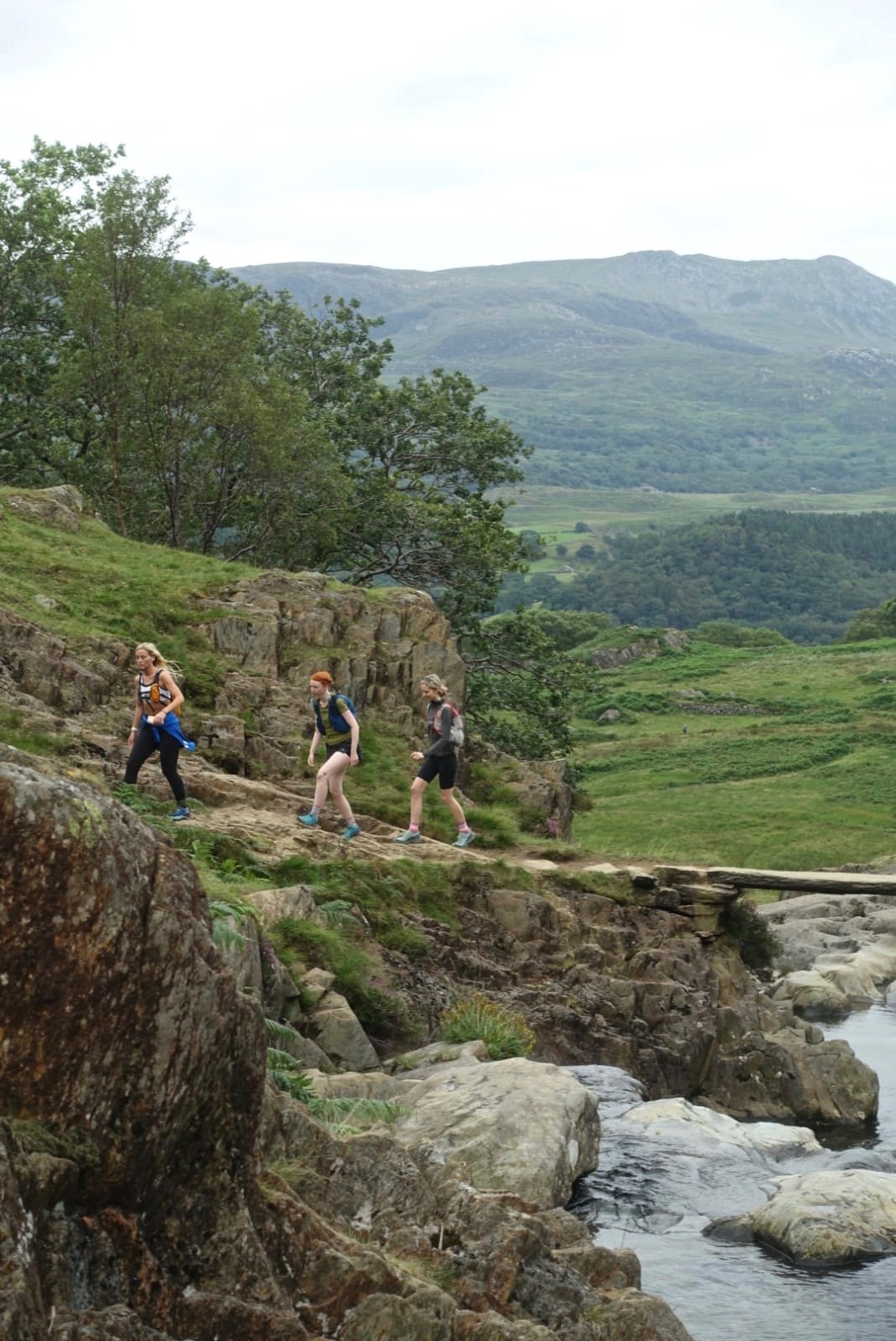 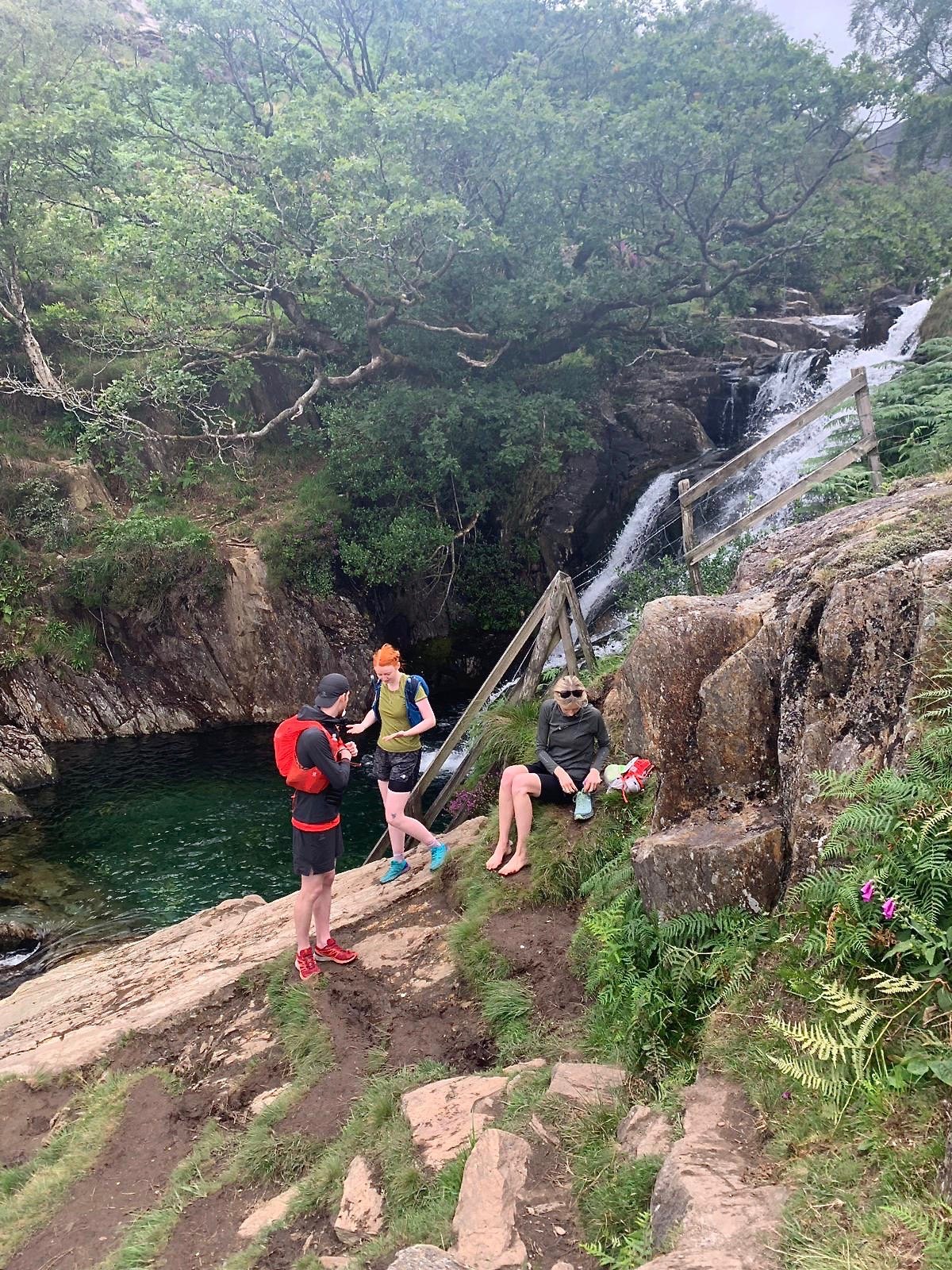 As soon as my train tootled into Bangor, Wales, just under four hours after departing London Euston I breathed in the sweet-smelling pure air I felt instantly lifted. When the welsh beaches on one side of the train tracks and mountains on the other started to reveal themselves on the journey up from London a child-like excitement began to bubble up inside me. It gave me just as much – if not more – feelings of adventure as stepping on a plane does and what’s more, without the airport hassle of checking in and going through security two hours prior to take off. It was simple, speedy and involved just one quick train change.

I was staying in Llanberis, the closest little town to Snowdon in a little B & B called Idan House. My friend joined me a few hours later and we slept like babies. No city sirens or bright lights to disturb us just darkness and silence enveloped us. It was the best night’s sleep I can remember having in ages. We awoke to a corker of a cooked breakfast prepared by Glenda, Idan House’s owner. A relaxed morning followed and set us up swimmingly for what would be a very active (and soaking wet!) day.

We met up with Rory Southworth (check him out on IG for some major outdoor adventure inspo) and his girlfriend Bee, who before meeting Rory one year ago was inactive and never worked out. Fast-forward one year together and Bee is now scaling mountain peaks across the country and swimming in the lakes and seas like there’s no tomorrow! This couple are really #goals. They both have such an infectious enthusiasm for outdoor adventure and before long we were all jumping into the freezing but beautiful lakes laughing and having a whale of a time.

We then had lunch at Cafe Gwynant close to the carpark (which even serves vegan Buddha bowls – heaven!), changed into dry clothes  and drove to the starting point of the climb to the summit.

The Pyg Path to the Summit

It was great to do Snowdon with such a great gang. Rory was able to guide us to some hotspots and when it came to the climb he knew exactly which path to follow. We did the Pyg path which is 5.5km in length and involves around 800m of ascent. General advice about this path tells you; “If you’re reasonably fit, you should make it up in three hours. Remember to allow time for breaks and stopping to take in the sights, of which there are plenty.”

It took us 3.5 hours in torrential rain and 70 mph winds to summit and make it back down. We didn’t hang around and jogged parts of it.

Always check the summit weather before climbing Snowdon. The winds at the top were extremely forceful and had they been any stronger it wouldn’t have been safe to climb. We returned rosy cheeked with soaring spirits hungry for FOOD and of course, more adventures in the UK. Next stop; Cornwall next week. Stay tuned! x 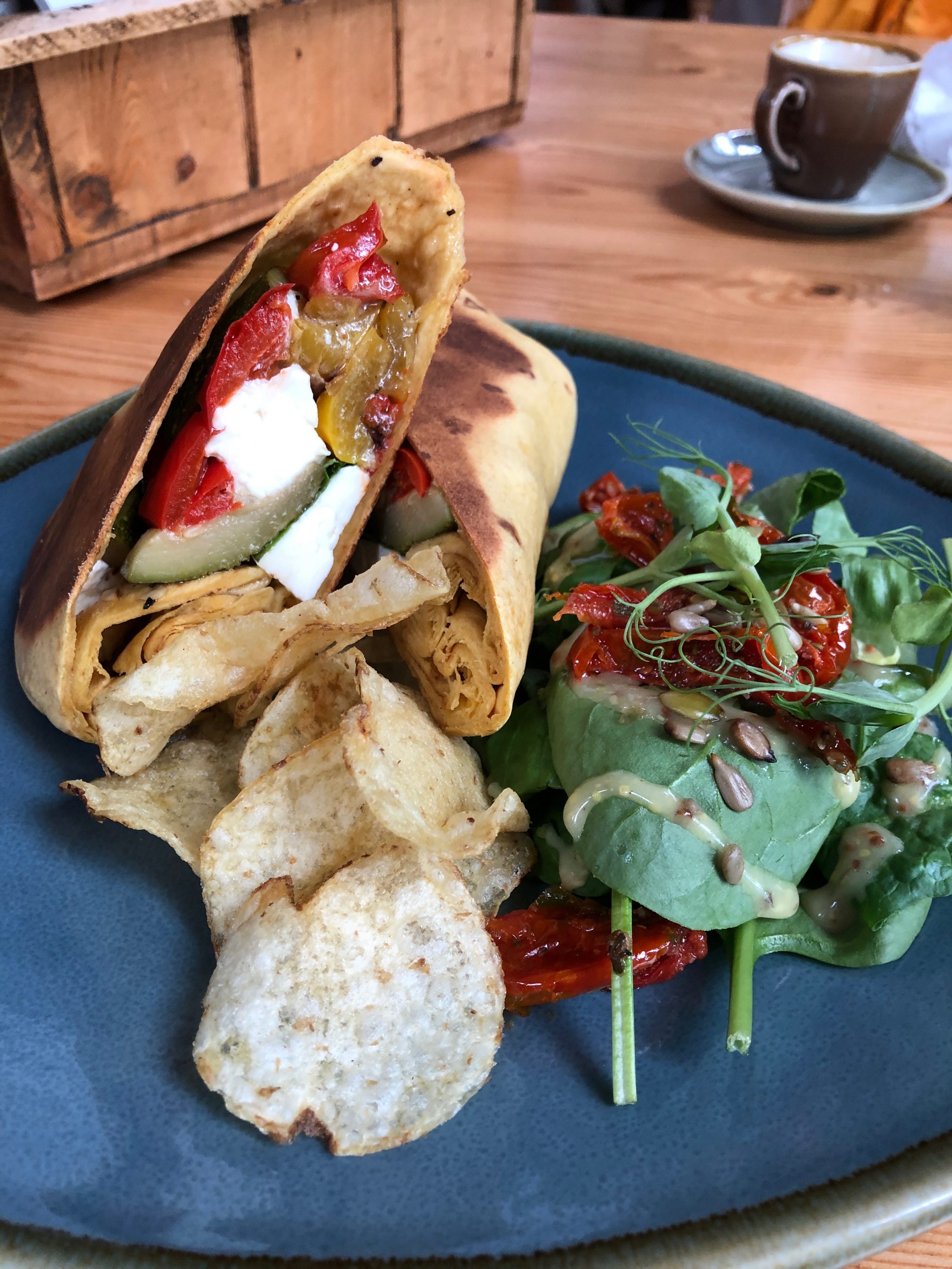 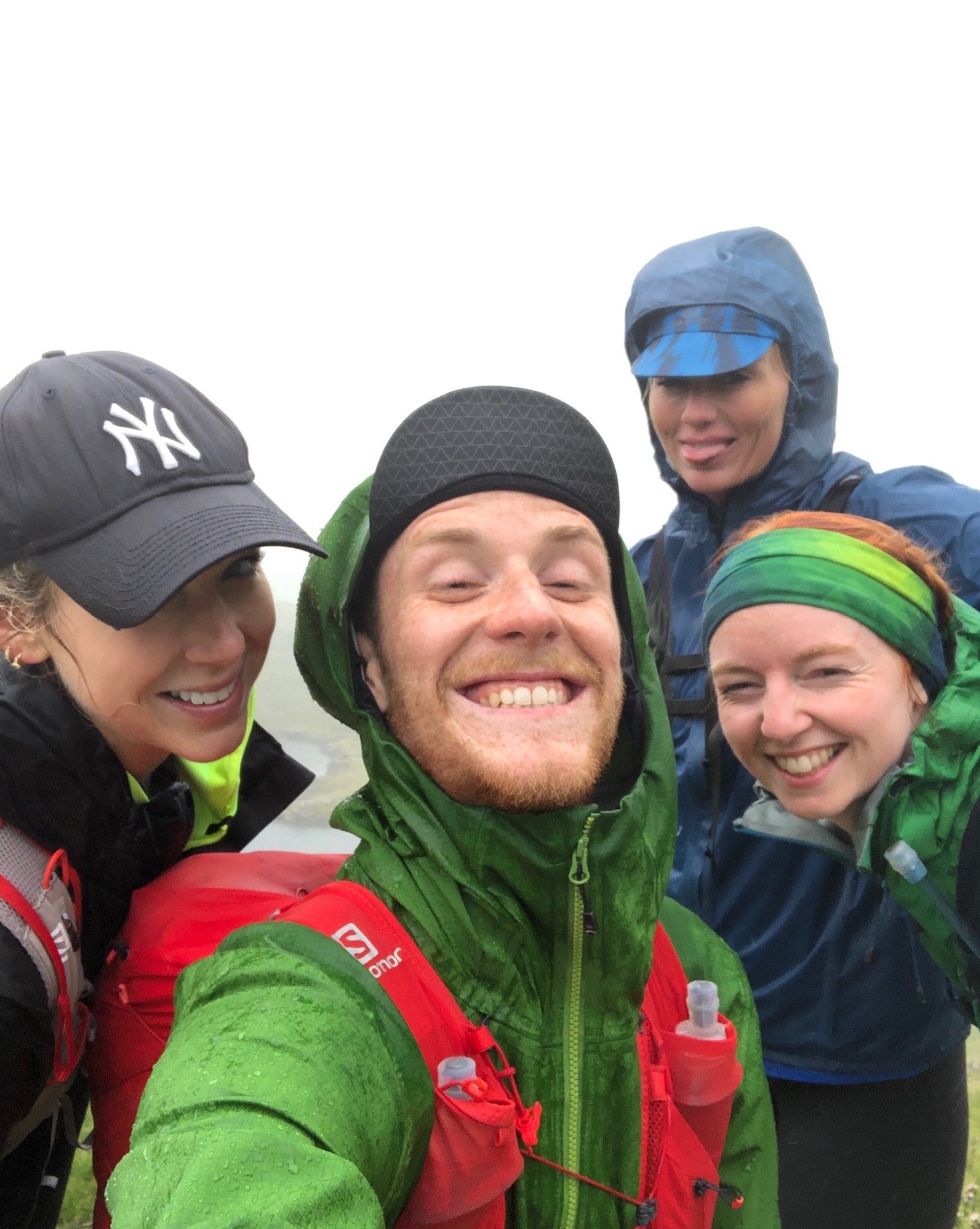 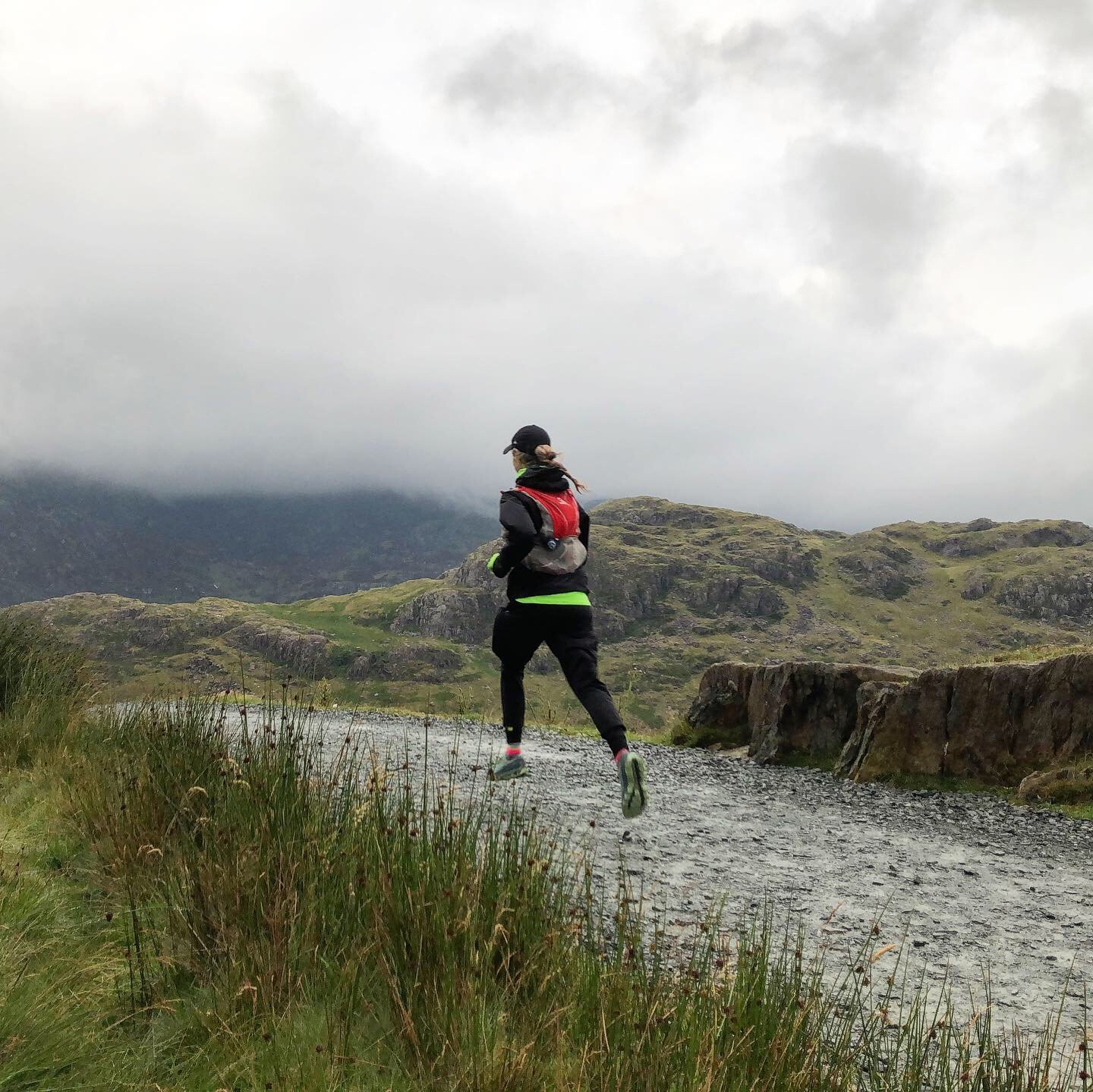 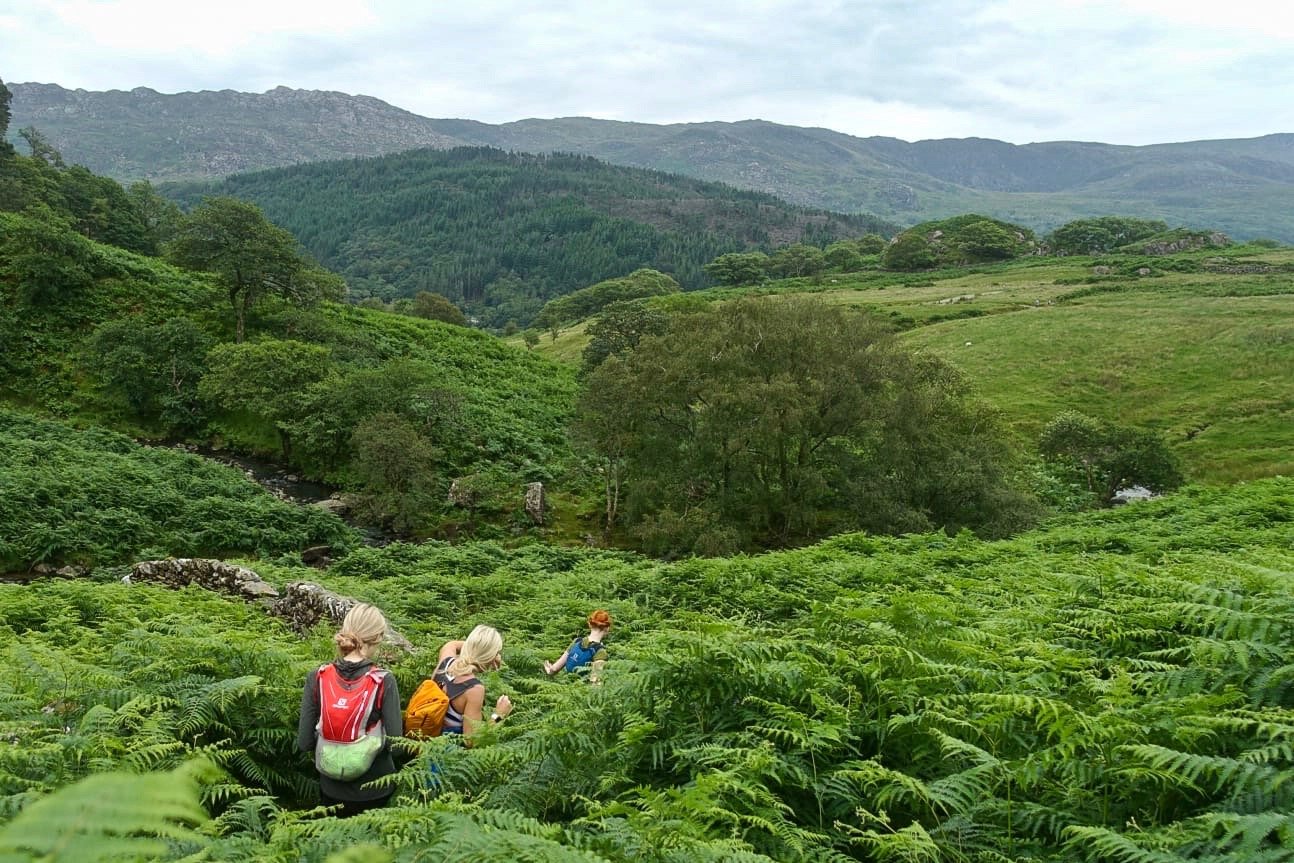 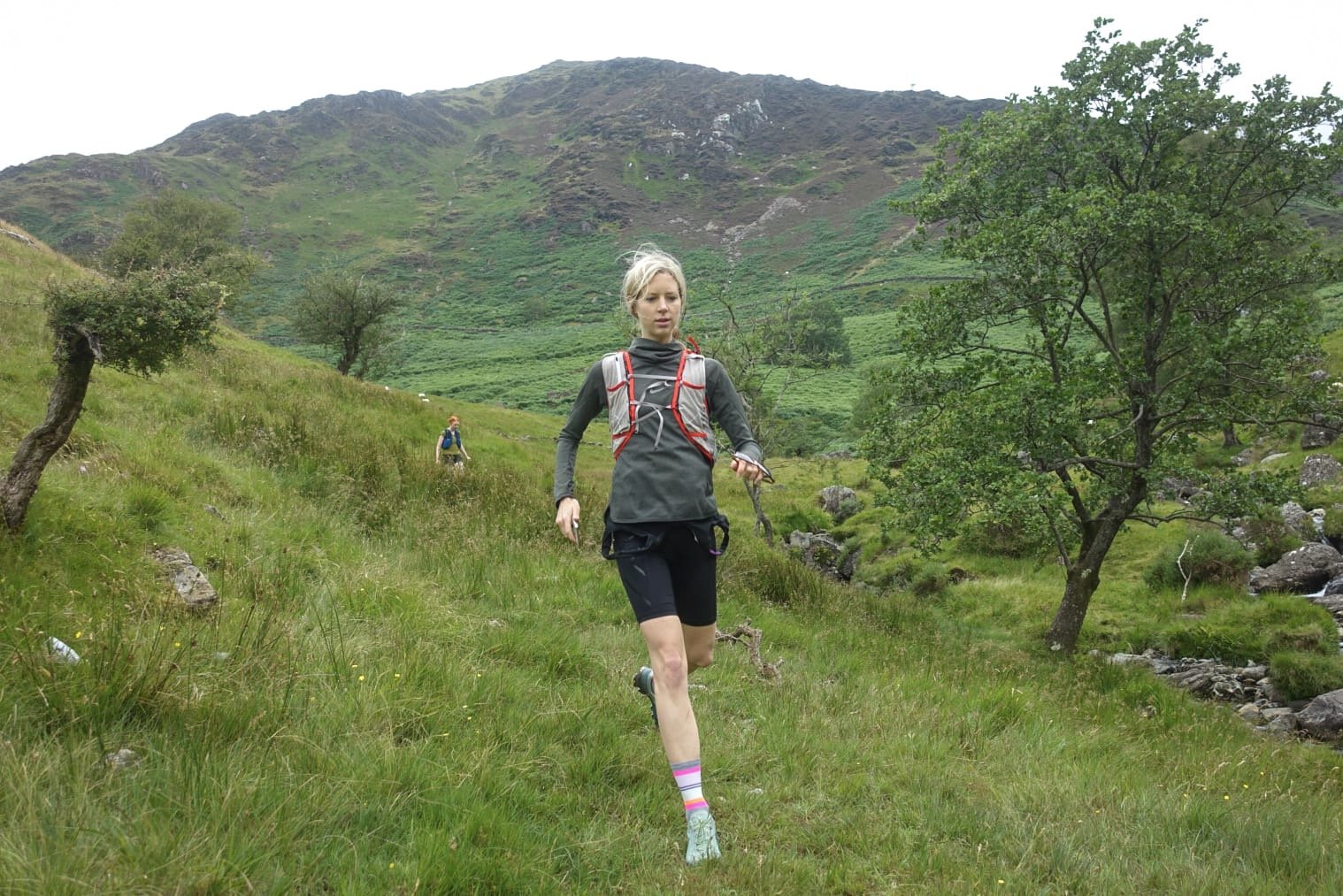 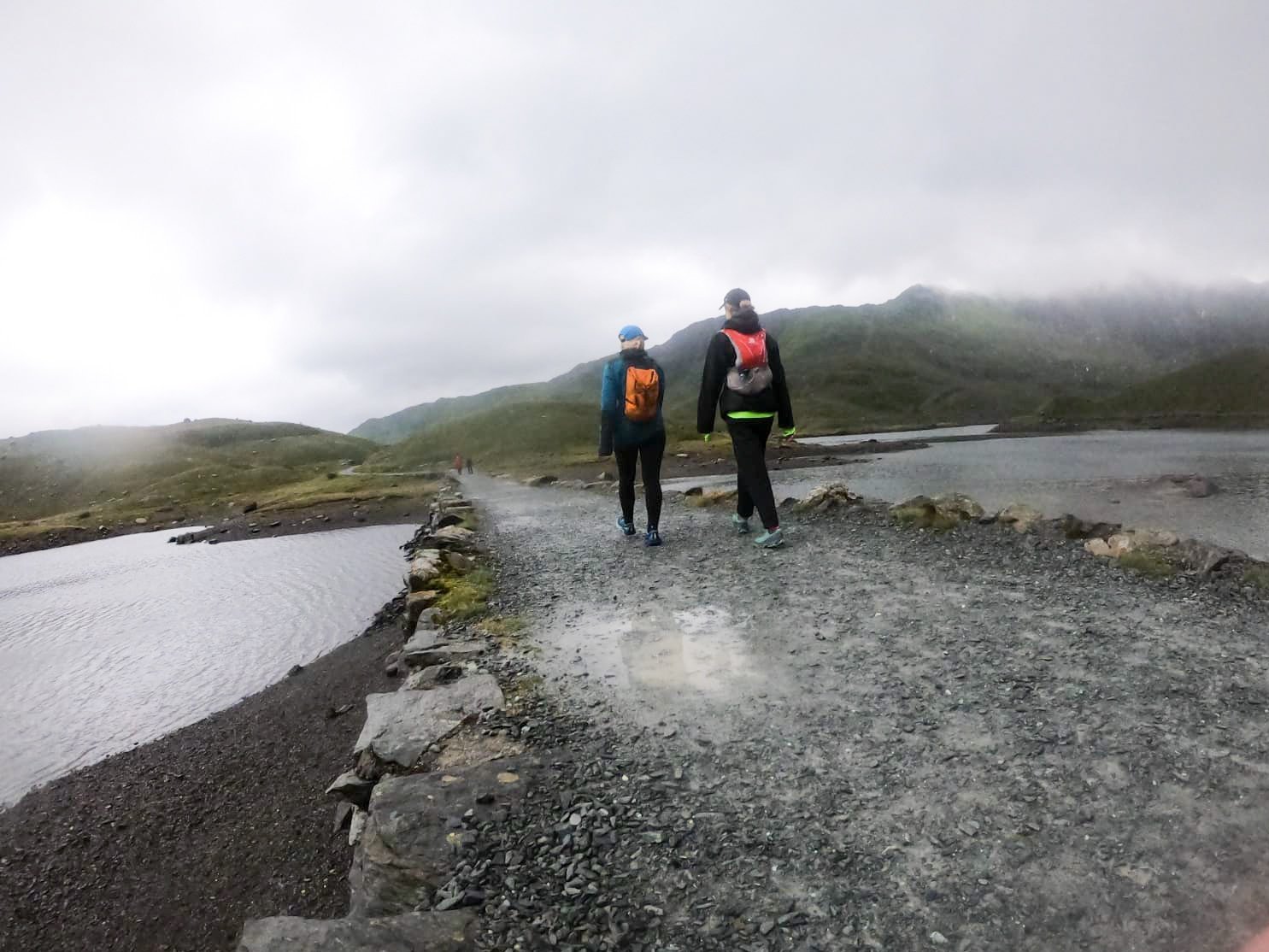 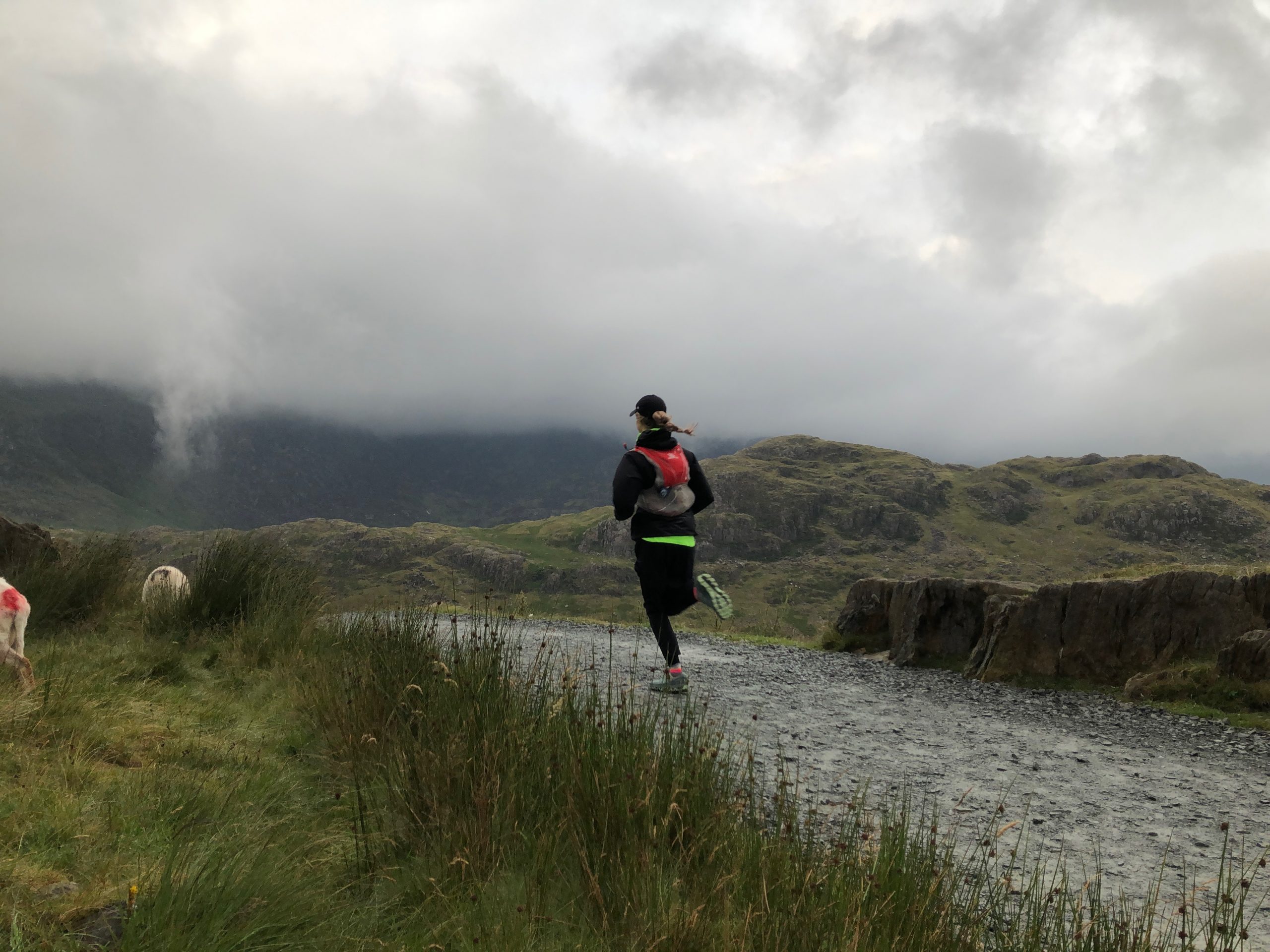 Images by myself and Rory Southworth

Tips for Trail Running in Whistler